Object of the Prize

It is founded a prize Alice and Albert NETTER, intended to reward a research university work of original level in the field of human gynecology. The purpose of it is to stimulate the research and the creativity for young talented researchers. The work can include clinical studies, epidemiological studies, or basic research in the various fields of medical gynecology. The jury is sovereign to decide acceptability of proposed works. For the year 2018 2 prizes (5.000 euros) will be awarded, one for clinical research work and another for basic research work.

The Prize Alice and Albert NETTER is intended to reward for young individual researchers, of less than 40 years. It does not aim at ensuring the consecration of experienced researchers or established and already scientifically recognized teams. However, the joint candidature of two or several young researchers belonging to distinct scientific units but working in collaboration on the same topic is authorized. In these cases, their age limits, the importance of their total scientific contributions as well as the proof of their scientific interaction are evaluated by the jury. The Prize Alice and Albert NETTER is then awarded indivisibly to this group of young researchers. 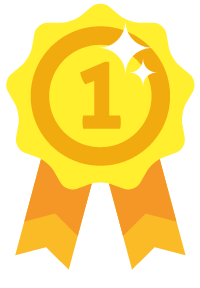 The candidatures must be addressed –  by e-mail in version PDF to the  General secretary of the ESG (Prof. Ana Teresa Santos)   and the deputy secretary (Prof. Tommaso Simoncini) within 10 September 2017.

It consists of a short scientific presentation (maximum 1000 words), written in French and/or in English, which will reveal the nature and the interest of the scientific research for which the Prize is requested. It will be accompanied by a letter of motivation, describing the continuation of work and the future prospects of the candidate(s), with a copy of the curriculum vitae and a list of the publications in connection with the candidature, followed by the possible list of other works. The factors of impact and the scientific index of quotation must accompany the list of original works, in connection with the candidature. The list of the stays abroad, of national and international collaborations of the candidate (not of the team), the list of the national and international  funds personnaly obtained will be also joined.

Only the original articles published in international reviews will be noted. Their acceptance for publication must be certified by a letter of the editors. The articles of review of literature, compilations of works, etc… will not be accepted. The works submitted for publication are not taken into account. The works completed collectively by important teams is authorized, but the essential contribution of one or more of the candidate(s) must be documented by original publications, where it must appear in first author, at least on certain major publications.

The prizes already obtained will be announced: the work proposed to the contest should not have already received a National or International prize 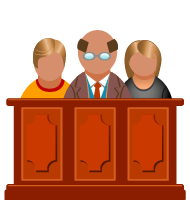 It is composed of the members of the Board of the ESG. The President of the ESG is automatically the president of the jury. In the case of incapacity, she is replaced by the General Secretary.

This evaluation, on 100 points, is based on the following criteria:

Professor Albert Netter took part in the creation of the concept of Medical Gynecology and governed the creation and the organization of the European Society of Gynecology (ESG). Great clinician and researcher, he always taught clinical excellence and caused the scientific curiosity of his pupils. Concerned about the perpetuation of this spirit of creativity and competence, Professor and Mrs NETTER wished and financed the organization by the ESG, of a prize encouraging original research in Gynecology.

The prize Alice and Albert NETTER is allotted every two years: biennial price. The official announcement of the opening of the candidatures is carried out at the time of the Days Albert NETTER. 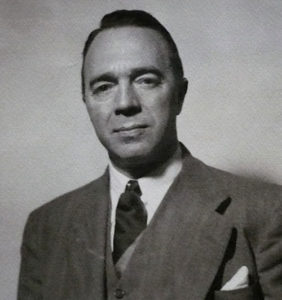